Savannah had her sixth birthday last week and she told us she wanted to have a princess party! After tossing around some ideas, Catherine finally came up with a plan. The invitations were sent out, and although there were many we wanted to invite, our living room would only hold so many, so we weren’t able to invite everyone we would like to. So, her friends arrived, and we started opening the gifts. The first gift she received was a pink nerf shotgun! Hmmm….well….it goes nice with the dress! Next was paper dolls…that’s more like it. Finally, she got to the last present…the one from Daddy and Mommy. The treasure chest!!! Just as she started to open it, there was a knock at the door. Savannah went and opened the door and you should have seen her face! Lo and behold, there were two REAL princesses at the door (Katharine and Siobhan two of our friends all dressed up as princesses). Savannah said with amazement…”you’re a real princess!!!” It was so cute. Katharine and Siobhan had a princess skit all arranged, and the little girls sat at their feet just mesmerized. It was really cute to see the sparkling eyes and pretty smiles of all the girls. I think the day was a success. I included some pictures…enjoy! 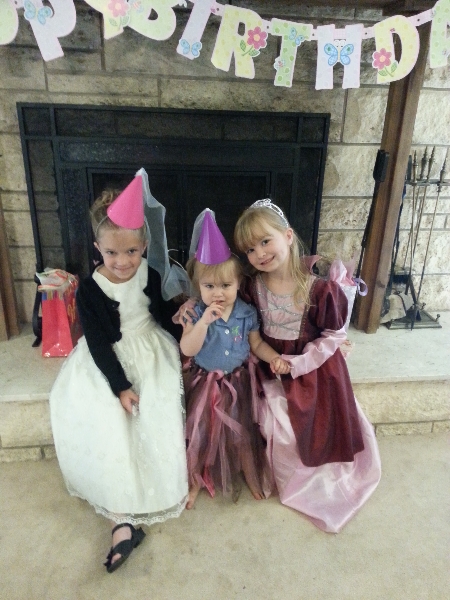 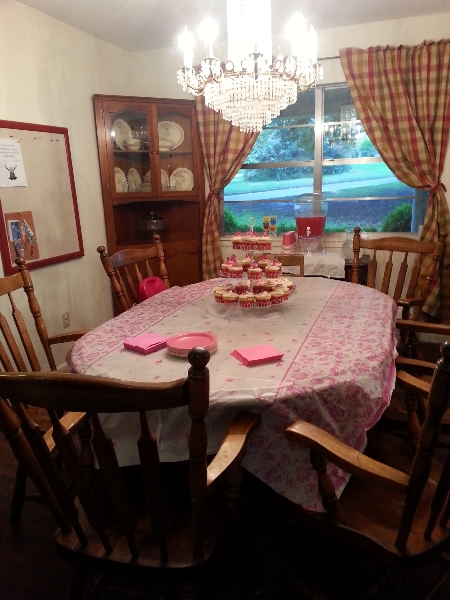 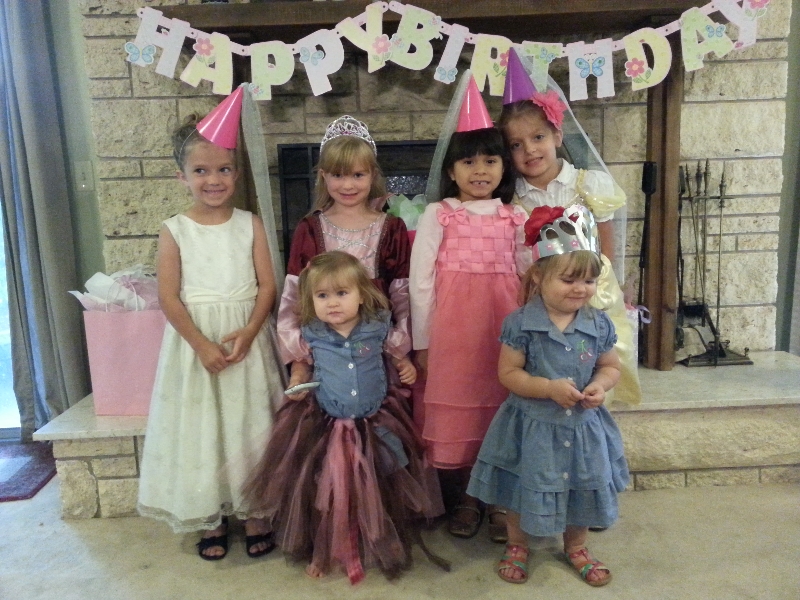 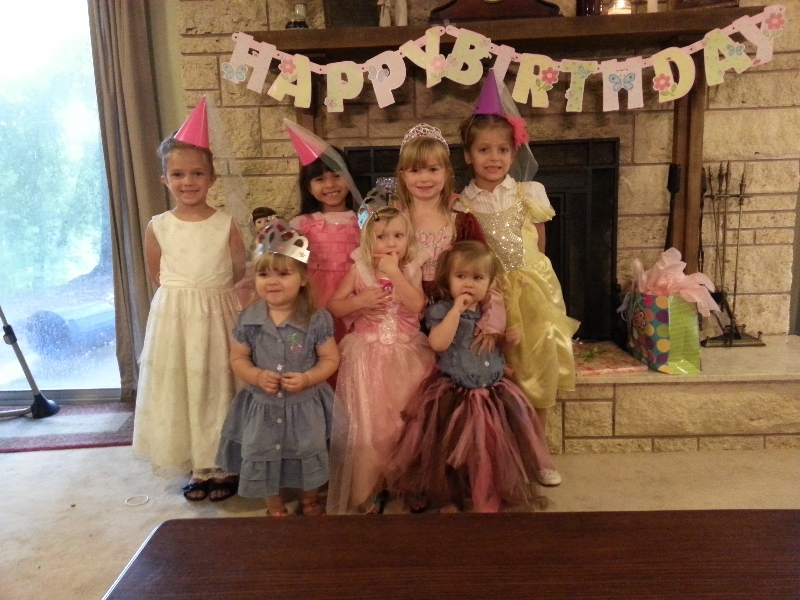 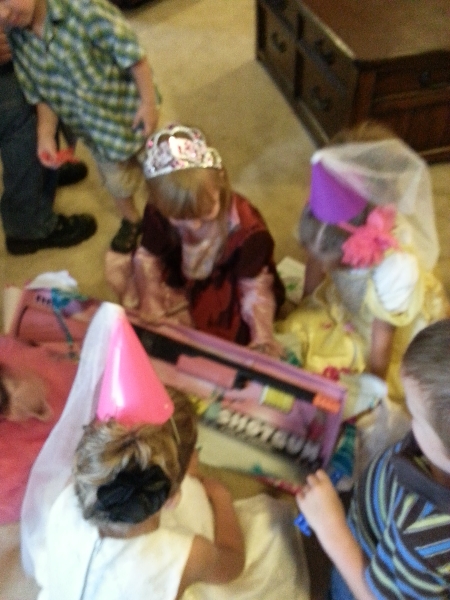 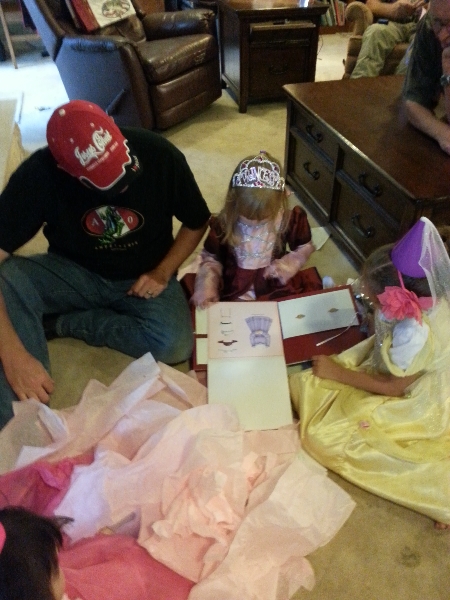 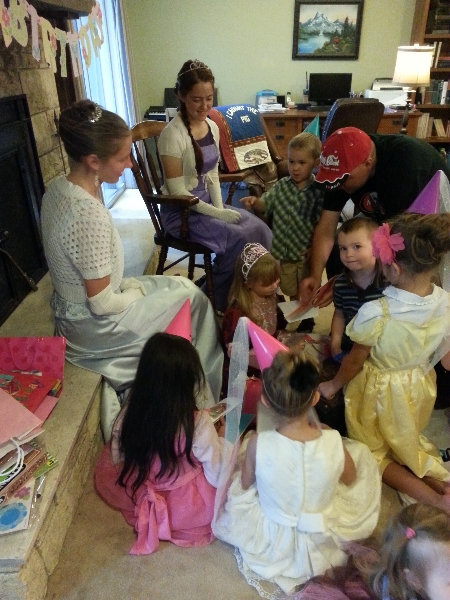 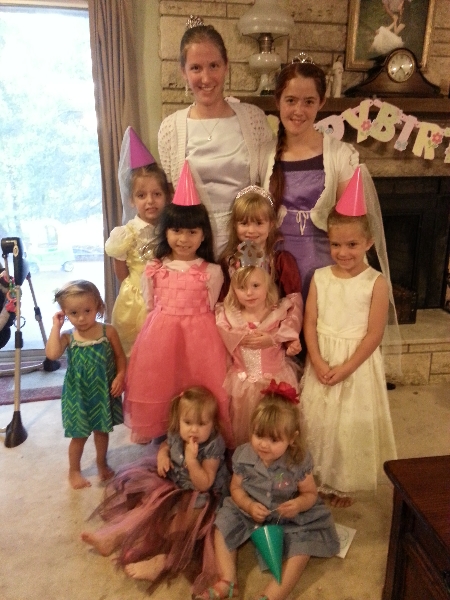 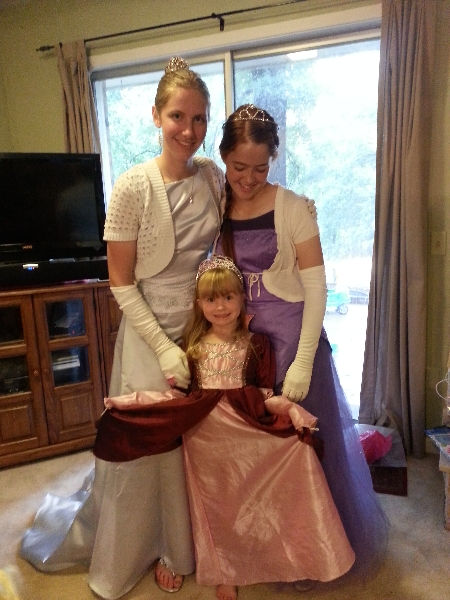 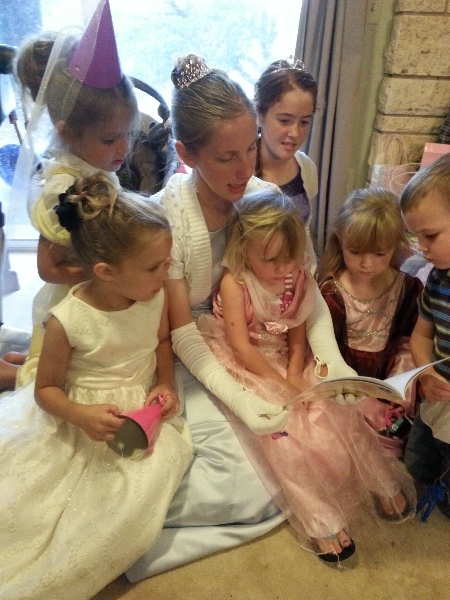 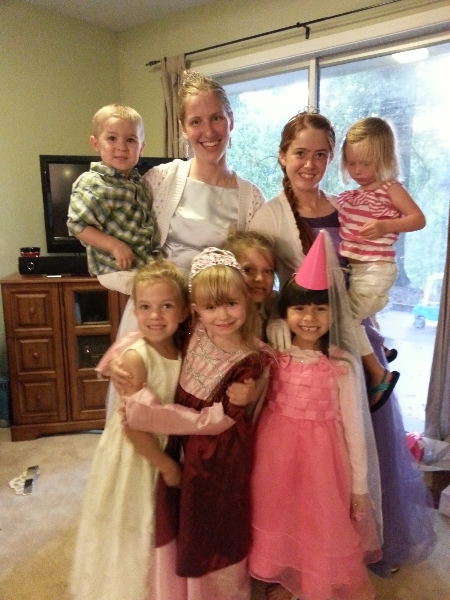 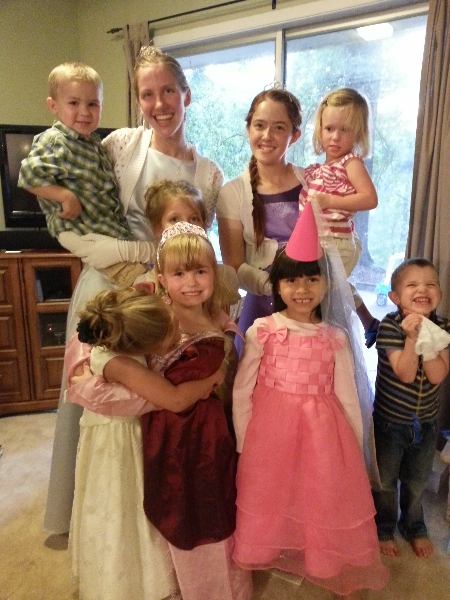